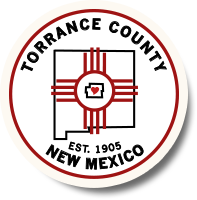 You are here: Home» Memorial Page

Sgt. Dominique Joseph Smith, 30, a resident of Moriarty NM died tragically in the line of duty on Tuesday, January 20, 2009. He is survived by his wife, Heather Dodson, Smith; his two children, Douglas and Adrienne; father, Terry E. Del Gato of Stony Creek, NY; mother and step-father, Marguerite and John Williamson of Cambridge, England; sister, Jasmine Blue of Portland, OR; four step-brothers, Joshua, Jacob and Joseph Williamson and Jack Smith; Dominique was preceded in death by his twin brother and sister; grandparents, Richard and Monica Sprague and Edward and Eileen Baker. He was born on November 22, 1978 in Albuquerque, NM and graduated from Mountainair High School in 1997 where he lettered in track and basketball. Dominique worked at CCA in Estancia as a corrections officer where he was given the nickname Spiderman, and for the Estancia Police Department before returning to work as a deputy and then sergeant for the Torrance County Sheriff’s Department. He was awarded the Medal of Honor for valor above and beyond the call of duty and was honored by America’s Most Wanted after the McIntosh standoff. He loved to drag-race and restore classic Mopars. Dominique was a generous, amazing, humble, and kind man who was always ready to help others. He loved his work, placing the welfare and safety of others before his own. More than anything, he was a devoted and loving husband; a proud father who adored his children; a fantastic son; a protective brother; and a loyal friend. He will be deeply missed by all who knew him. A celebration of Dominique’s life will be held at the Moriarty Civic Center, 222 S. Broadway, Moriarty, NM, Saturday, January 24, 2009, 9:00 a.m., where he will be presented with full honors. Cremation will follow. Pallbearers will be Sheriff Clarence Gibson, Under Sheriff Heath White, Deputy Joel Watson, and friends Justin Muzzy, Troy Coburn, and Jarrod Wheeler. Honorary Pallbearers will be Sgt. Kenny Groves, Lt. John Stocum, best friend Jared Heisler, and friends Jim Gibson and Josh Armstrong. Dom, you will be missed by all of your family, here at Torrance County; rest in peace brother.

Steffen J. Daugherty,41 of Moriarty, NM went home to be with the Lord on Tuesday, Augsut 12, 2008. Steffen was born July 26, 1967 in Washington Courthouse, Ohio to Joseph Ervin and Mary Ellen Daugherty. He graduated from Miami Trace High school in 1985. Enlisted in the United States Air Force in 1987 ranked Senior Airman E4. Steffen married Mary Joella Vigil on June 17, 1989 in Albuquerque NM. He was employed with Torrance County, an Appraiser, a System Administrator for the Assessor's Office, and Information Technology Director. He was a member of the National Guard, Post Commander of American Legion Post #74 for the years of 2004-2008 and was a Volunteer Fire Fighter from 2004-2007. Education completed in the following: Security Certified, Hazardous Material Awareness Training, FBI Anti-Piracy Certified, FEMA Certified, Professional Development Series Certified, and was a National Safety Council Certified Defensive Driving Instructor. Steffen was a God fearing man. He understood God's beauty to the fullest by taking care of the land he owned and his animals. The first thing he would do is take time to enjoy the beauty of God's creation. He sang God's praises with all his heart, soul and strength. One of his hearts desires was to spend time with God's Youth as a dedicated youth pastor with Gates of Praise United Pentecostal Church in Moriarty. Steffen always had a loving smile on his face; and he believed that smile was one of God's little simple gifts and wanted to share with everyone. Steffen was preceded in death by his father, Joseph in 2005 and his brother, Richard in 1999. He is survived by his wife Mary; mother, Mary Ellen; brother, Rodger and wife Barbara; sisters, Martha Jane Ogle, and Joellen Marie Swanson; several nieces and nephews and several great nieces and nephews.Steven Crow officiated. Pallbearers were Antonio Chavez, Nick Sedillo, Jason Trumbull, Eduardo Vigil, Frank Ripatoe, Rueben Gastelum. Honorary Pallbearers will be Nathaniel Crow, Christopher Lovato, Thomas Eldon Boyd, and Rueben Jimenez.

Steffen, you will be missed by all of your family, here at Torrance County; rest in peace brother.

Brahaim Ali Jr., left us on February 2, 2011. He was born on February 10, 1951, to Susie Marcilla Garde and Brahaim Duran Hindi. He graduated from NMSU and loved teaching school until retirement. EVERYONE called him "Brother". He was a great son, brother, nephew, cousin, uncle, and friend. Brother was a lifelong member of the Duran Fire Dept and Chief the last two years. He was on the Vaughn School Board and the Torrance County FSA. Brother had a steadfast commitment to helping people. He was a treasured teacher, coach, athletic official, and the quintessential go-to guy. He was thoughtful and kind, he could be a joker, and he liked playing cards. He was a fine horseman and a tireless rancher. He played the saxophone and was a great dancer. He had a dark green thumb. He treasured his over 100 year old house and spent nearly 30 years renovating every inch. Brother was devoted to the village of Duran. He wore many hats in his devotion to its present and past. Brother has left us way too soon but each of us will think of him until forever.

Jake Tenorio, 60, passed away on September 28, 2018 in Encino, New Mexico. He was born on July 5, 1958 in Vaughn, NM to the late Gilbert and Caroline Tenorio. Jake was a lifetime resident of New Mexico. He was a retired Foreman from the N.M.D.O.T., was a Blade Man for the Torrance County Road Department and a volunteered for over 20 years with the Encino and Willard Fire Department. Jake was an avid hunter and loved the outdoors. He will be deeply missed by his family and friends. He is preceded in death by his parents and brother in law, Larry Baca. He is survived by his beloved wife, Debra Tenorio; sons, Jacob Tenorio and wife Yvette and Jason Tenorio; brothers, Edward Tenorio and wife Margie, Gerald Tenorio and wife Mary and Curt Tenorio and wife Natalie; sisters, Yolanda Lopez and husband Chris and Barbara Sena and husband Clarence; mother and father in law, Benjamin and Bertha Baca; brother and sisters in law, Jerry and Shirlee Baca, Mona and Joe Abeyta and Lizzy and Lorenzo Ortiz as well as many nieces and nephews that loved him dearly. Jake was blessed with two grandchildren, Mariah Tenorio and Alexys Tenorio. A Funeral Service is scheduled for Monday, October 8, 2018 at the Our Lady of Guadalupe Catholic Church in Encino, NM. The Rosary will be recited at 10:00 A.M. with the Celebration of Mass to follow at 11:00 A.M. Burial will be at the Encino Cemetery in Encino, NM. Pallbearers will be Raymond Gallegos, Joe Madril, Marion Valencia Jr., Gilbert Chavez, Melo Hindi, Johnny Sanchez, Kevin Sanchez, Ernie Garcia and Ray Zamora.

D’Aun “Dee Dee” Rufina Sedillo Zamora, 47, passed away on October 7, 2019 in Estancia, New Mexico. She was born on May 3, 1972 in Albuquerque, NM. Dee Dee was a lifetime resident of NM and graduated Estancia High School in 1991. She worked for many years for the Torrance County Assessor’s Office as a Property Assessment Specialist. She will be deeply missed by her family and friends. Dee Dee is preceded in death by her beloved husband, Rudy Zamora; grandparents, Deigo Sanchez, Melquidez Sedillo and Elsia Sedillo as well as several aunts and uncles. She is survived by her parents Raymond and Lola Sedillo; maternal grandmother, Eslinda Sanchez; brother, Esequiel Sedillo; aunt, Louella Bobbe and husband Bill; uncles, Paul Sanchez, LeRoy Sedillo, Tiny Sedillo and Mel Sedillo as well as numerous cousins. A Funeral Service is scheduled for Monday, October 14, 2019 at the St. Peter and Paul Catholic Church in Estancia, NM. The Rosary will be recited at 9:00 A.M. and the Celebration of Mass will follow at 10:00 A.M. Pallbearers will be Melvin Brown, Brian Sanchez, Randy Sanchez, Daniel Sanchez, Geno Jones and Lorenzo Zamora. Honorary Pallbearers will be Victoria Sedillo, Joyce Martinez, Lori Gutierrez, Yvonne Otero, Kassandra Sandy and Crystal Salas. Interment will be at the Estancia Catholic Cemetery in Estancia, NM. 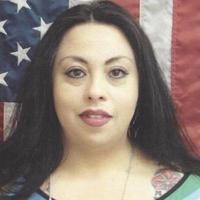